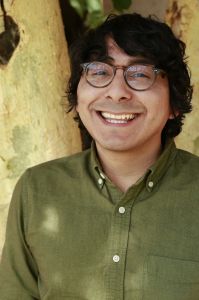 Click to to read the full white paper document.

The use of social media has become increasingly common both for recruiting research participants and collecting data. Merriam-Webster defines social media as “forms of electronic communication (such as websites for social networking and microblogging) through which users create online communities to share information, ideas, personal messages, and other content (such as videos).” Some examples of social media include Twitter, Facebook, TikTok, and Instagram, but there are many others. The following guidance addresses what a researcher should know when recruiting or collecting data from these sites.

In general, public posts on Twitter, Facebook, public forums, etc. where the researcher is not interacting with the person who posted, and the disclosure of the data would not place the person at risk, would be considered not to be human subjects research. Public posts would be those that do not require a log-in or account to access the information.

If accessing the information requires registering, being a member of the group, or “friending” a specific person or group, then that information is no longer considered public and would require IRB review.

When in doubt, the researcher should contact vpr-irb@arizona.edu or your college IRB representative so that the IRB can make a determination if IRB review is needed.

What Are Researcher Responsibilities When Using Social Media for Research?

It is the responsibility of the researcher to determine whether IRB approval is needed for their research and obtain that approval as necessary. When in doubt, the researcher should contact the IRB Office at vpr-irb@arizona.edu. The researcher must also review the terms and privacy policies of the sites they want to use. Some sites may restrict the use of the data for research. The researcher needs to understand and be familiar with the terms of service and end user license agreements of the site.

The IRB also suggests removing as much identifying information as possible when using these data to protect the privacy of the individuals. The IRB recommends that individuals not be individually identified or that the information on the individuals be combined in such a manner that the identity of the group or individuals could be readily ascertained. It is common practice in social networking sites to use pseudonyms (sometimes referred to as avatars or personas). Personas should be treated like human subjects; it is not appropriate to identify the real person behind an online persona.

Can A Researcher Use Social Media to Recruit Participants?

Screening of participants should not be conducted on the social media platform to protect the privacy of the potential participant.

Taken from the University of Maine Office of Research Compliance