What is OSIRUS - REx? 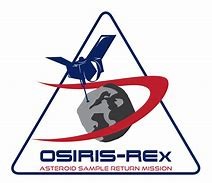 OSIRIS-REx (Origins, Spectral Interpretation, Resource Identification, Security, Regolith Explorer) is NASA's first asteroid sample return mission. It seeks answers to the questions that are central to the human experience: Where did we come from? What is our destiny?

Asteroids, the leftover debris from the solar system formation process, can answer these questions and teach us about the history of the sun and planets.

A NASA mission led by Primary Investigator, Dante Lauretta of the University of Arizona Lunar and Planetary Laboratory in collaboration with Goddard Space Flight Center and Lockheed Martin.

This is a born-digital collection with online access through the University of Arizona Libraries Campus Repository. This collection is ongoing.

Included in the collection are mission notes and summaries from the OSIRIS-REx Mission.

What is the role of the University of Arizona on this mission?

What is the mission of OSIRUS REx?

OSIRIS-REx is going to Bennu, a carbon-rich asteroid that records the earliest history of our Solar System, and bringing a piece of it back to Earth.
Bennu may contain the molecular precursors to the origin of life and the Earth’s oceans. Bennu is also one of the most potentially hazardous asteroids. It has a relatively high probability of impacting the Earth late in the 22nd century.
OSIRIS-REx will determine Bennu’s physical and chemical properties. This will be critical for future scientists to know when developing an impact mitigation mission.
Finally, asteroids like Bennu contain natural resources such as water, organics, and precious metals. Future space exploration and economic development will rely on asteroids for these precious materials. Asteroids may one day fuel the exploration of the Solar System by robotic and manned spacecraft.

What is the Lunar Planetary Laboratory (LPL)?

LPL was founded in 1960 by planetary astronomer Gerard P. Kuiper, after whom the Kuiper Belt of icy objects in the outer Solar System and the Kuiper Prize (the top honor of the world’s largest organization of planetary scientists) are named. Most of the original work was based on observations using telescopes, but as the exploration of the planets expanded in scope, so did LPL. In 1973, PTYS was formed, to educate succeeding generations of planetary scientists.

Librarian and Curator of Political Affairs and History of Science Collections