. Skip to Main Content
It looks like you're using Internet Explorer 11 or older. This website works best with modern browsers such as the latest versions of Chrome, Firefox, Safari, and Edge. If you continue with this browser, you may see unexpected results.

Book Review: Unbound: My Story of Liberation and the Birth of the Me Too Movement - Tarana Burke 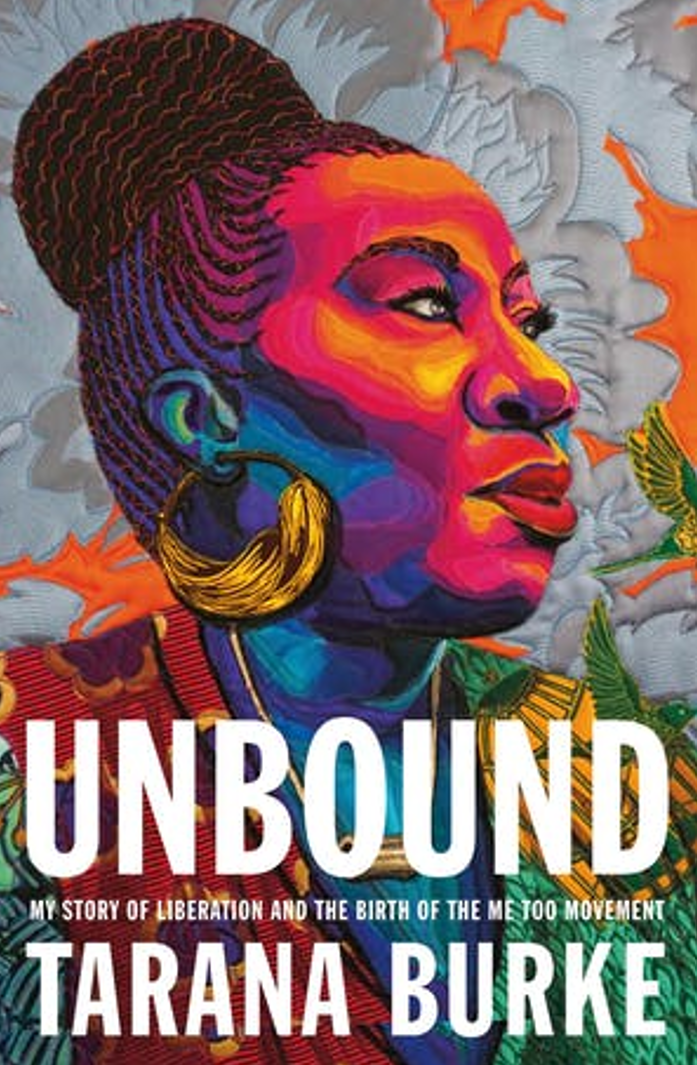 Book Review: Unbound: My Story of Liberation and the Birth of the Me Too Movement

Title: Unbound: My Story of Liberation and the Birth of the Me Too Movement

In Tarana Burke’s book Unbound: My Story of Liberation and the Birth of the Me Too Movement, she shares intimate stories about people and events that compelled her to found the ‘me too.’ Movement and the Just BE Inc. organization in 2006. “The story of how empathy for others – without which the work of ‘me too’ doesn’t exist – starts with empathy for that dark place of shame where we keep our stories, and where I kept mine.” Like the majority of historical events involving people of color and underrepresented groups, depending on the community you come from, the history of what is now commonly known as the Me Too Movement may have been missing a few critical details. In her book, Burke describes her initial fear of being erased and her feelings of distress at the prospect of marginalization of the experiences of people of color when the movement she founded went viral after it was turned into #MeToo by Alyssa Milano in 2017. Burke wrote, “Other than these women being survivors of sexual violence, none of what was happening in Hollywood felt related to the work I had been entrenched in within my own community for so many years.”

As efforts aimed to erase the experiences and history of people of color continue (e.g., bans on teaching Critical Race Theory and the 1619 Project), that the origin story of the ‘me too.’ Movement was usurped by predominantly white women, with platforms from which they could share their personal experiences with gender-based violence, should come as no surprise. That Burke must regularly remind the media of her founding of the ‘me too.’ Movement and proactively share the origin story portrays the racial divide that runs deep within this movement. As Burke shared her own experiences with rape and battles with the aftermath of self-hate and post-traumatic stress, “I had no real grasp of the gravity of what was happening, but I knew it wasn’t right. It made me feel nasty, dirty and wrong[…],” she is a voice for all those girls and women who feared that they would not be believed, that their stories would be invalidated and brushed off, and that did not feel they had the strength, the power, the right to speak up and to ask for help in a society that continues to make attempts to erase their very existence.

Burke’s personal, social, and political revelations can be traced through the stories she weaves juxtaposed with the historical context she provides as she moves from being a child to an adult. At an early age, Burke loved literature and had a keen sense of what could be read between the lines. In her analysis of Maya Angelou’s “Phenomenal Woman,” for her high school Honors English Class, she recognized the dog whistle of her teacher while she explained that the poet was “talking about appreciating who she was as a Black woman because no one else would.” It was this experience and revelation that instilled within Burke the possibility that a woman can retain confidence and pride despite being subjected to violence and racism. She went on to contemplate a question that has been central to her own healing “[H]ow could a body that holds that kind of pain also hold joy?”

She shares the impact that her involvement with the 21st Century Leaders had on her decision to become a community organizer and leader. “There were 21st Century chapters all across the world, and many of us spent our formative years coming together to learn, grow, share, and build community.” Her college experiences, first at Alabama State University where she led a rally in response to the beating of Rodney King and the killing of Latasha Harlins, later graduating from  Auburn University at Montgomery while she was working with the 21st Century Youth Leadership Movement leading her to return to her community in Selma while officially working for 21st Century Leaders as a Leader herself, helped to inform her evolution. It was during this time that Burke met Heaven, a youth camp attendee that transformed Burke’s understanding of herself, how she wanted to make change in her community and planted the seed for the ‘me too.’ Movement; “Tell her it happened to you too.”

Now, four years after #MeToo, me too. International is leading the way with #BeyondTheHashtag, “a call to action as we recognize that the work of the movement existed before and continues to exist beyond #MeToo.” Since 2006, the conversation about gender-based violence has evolved in different ways based on the intersectional nature of survivors, allies, and activists impacted by gender-based violence and the cultural, structural, and systemic nature of these crimes and violations. While Burke’s original work focused on serving Black girls and women in her local community, “by early November 2017, #MeToo had been retweeted 23 million times in 85 countries” expanding the movement to national and global levels. Burke wrote that “[M]y spirit knows I am called into this moment to do something more that represent a movement […] that this movement is more than a hashtag and bigger than any one individual.” Burke’s work and the growth and recognition of the ‘me too.’ Movement has resulted in the development and enforcement of new laws and policies making “it easier to bring workplace sexual harassment cases in state court,” “pushed states to to take a look at their backlog of rape kits,” and the development of the Convention and Recommendations Concerning the Elimination of Violence and Harassment in the World of Work, the “first legally binding treaty on violence and harassment in the world of work,” a treaty that will codify the Movement into international law.

Burke’s book is such an honest and illuminating read that even the acknowledgements are a window into what makes Burke such a powerful force and inspiration to the Black girls and women she reaches with her message of “empowerment through empathy” as well as the people that supported her in her journey to embracing her own self-worth, vulnerability, and empathy. Most importantly, Burke has taken this opportunity to tell her own story, to ensure that her traumas and achievements and those of other women and girls are no longer under- and misrepresented in history, reminding readers of her “vision for creating safety and healing in the Black community” and her own ability to be a inspirational vessel of both pain and joy.

As always, if you have any research related questions, please do not hesitate to reach out to us! We are happy to help here at the law library.

You have 24/7 access to the library via your CatCard. Librarians and Fellows are available for reference questions Monday through Friday from 9am to 5pm. The Circulation desk is staffed from Monday-Thursday 8am-9pm, Friday 8am-5pm, and Saturday and Sunday, 10am-6pm.

Email us for all research/reference questions, research appointment scheduling, and ALL QUESTIONS: reference@law-arizona.libanswers.com