There is a long history of immigration laws in the United States. Click here for a immigration law timeline from immigrationhistory.org which lists major events, court cases, and federal acts.

Our modern immigration law system was created by the Immigration and Nationality Act (INA). This 1952 act collected all the immigration-related U.S.C. sections that were scattered throughout the United States Code and reorganized them into the current structure. It repealed some of the more obvious discriminatory provisions in immigration law.

The INA has been amended many times over the years, but the basic structure of immigration law is still the same. 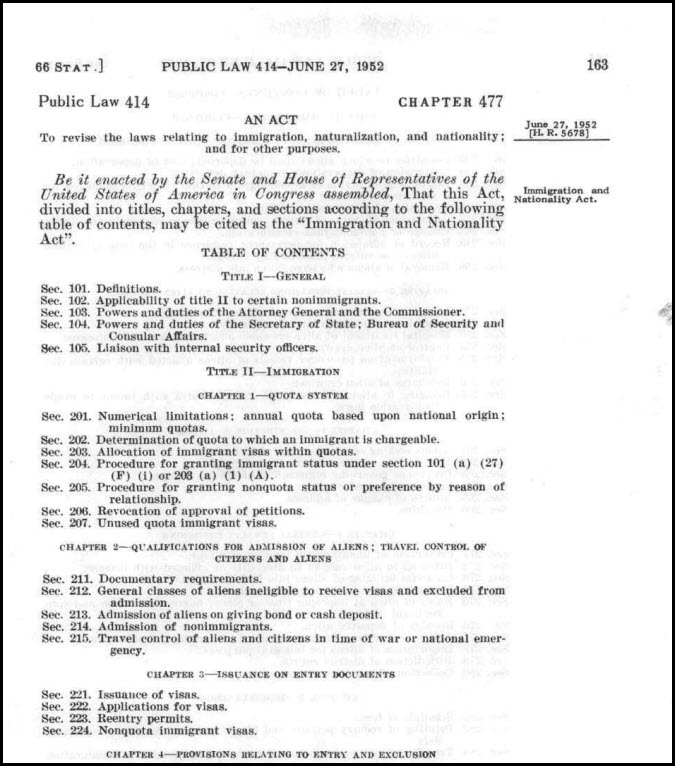 The INA has been amended numerous times. The following are some of the more important acts.

This law set the main principles for immigration regulation still enforced today. It applied a system of preferences for family reunification (75 percent), employment (20 percent), and refugees (5 percent) and for the first time capped immigration from the within Americas.

Building on the steps taken with IRCA in 1986, IIRIRA further empowered federal authorities to enforce immigration restrictions by adding resources for border policing and for verification of employment credentials.

In certain areas of law, courts and lawyers have the habit of referring to laws by the original public law popular name and section number. Immigration law is one of these areas!

Generally when you cite an immigration U.S.C. section, you want to provide parallel citations and cite both the U.S.C. section and the popular name/public law section of the original act.

How to find parallel citations will be discussed in the section about the popular name table. 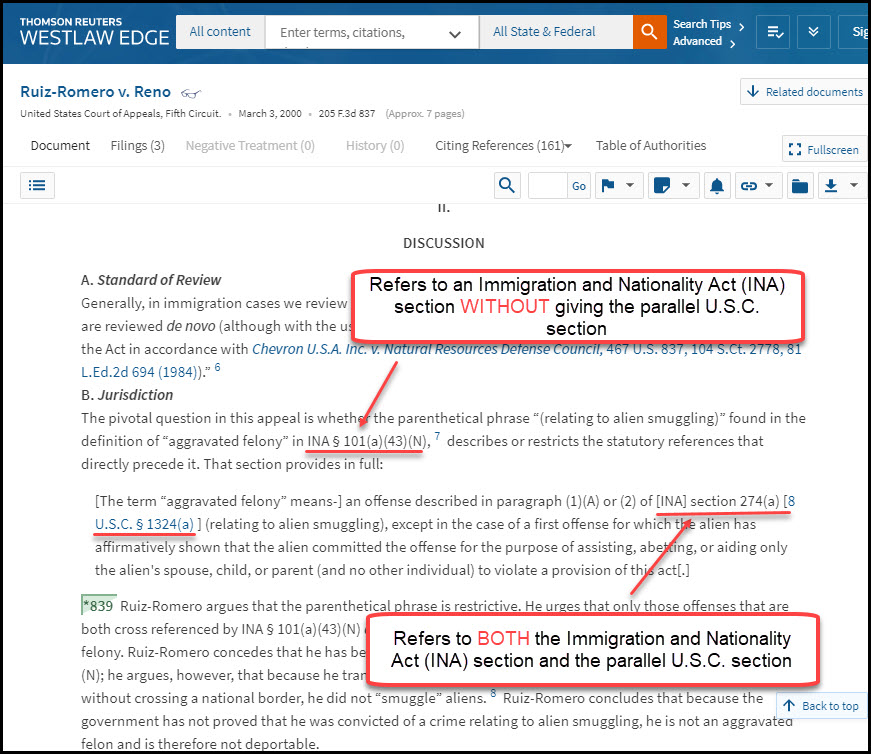