Federal agencies are just like state agencies! As discussed before in the context of Arizona agencies, an agency is a part of the executive branch of government that has been created by a legislature to carry out the legislative will. Legislatures often enact statutes that create a broad framework for an area of law and then create an agency with the power to make regulations to fulfill the purpose of the laws and fill in the details, enforce the laws and regulations, and adjudicate disputes.

Remember the state agency example of the Arizona State Board of Optometry? Federal agencies are just like state agencies and there are a lot of them.

There is a long list of federal agencies available in Wikipedia.

An organic act (sometimes called an enabling act) is a law that create a government agency and defines the original scope of its authority. The organic act/enabling act that created the USCIS is codified in the U.S.C. at 6 U.S.C.A. § 271 et. seq. 6 U.S.C.A. § 271 created the agency and gave it some powers. (Note: Many of its other powers come from delegations of power from the Department of Homeland Security (DHS) and the Attorney General.) 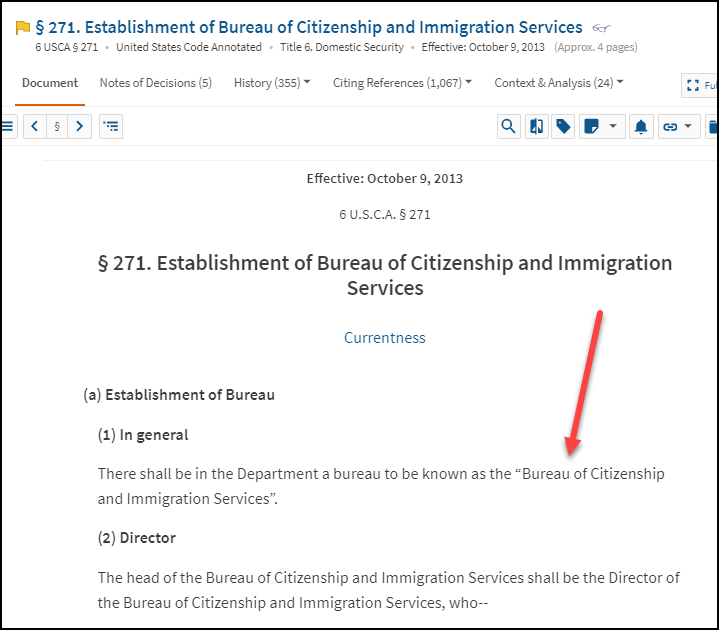 Federal agencies and their powers are complicated! They are not like state agencies which normally have a simple enabling act which creates the agency and gives it powers. On the federal level, sometimes the main agency has all the rulemaking power which it can delegate to sub-agencies. This is true of the DHS which has the power to enact regulations about immigration and naturalization according to 8 USC 1103(a)(3). However, DHS lets USCIS share the responsibility for enacting regulations, so USCIS creates the regulations which are then enacted under the authority of DHS. 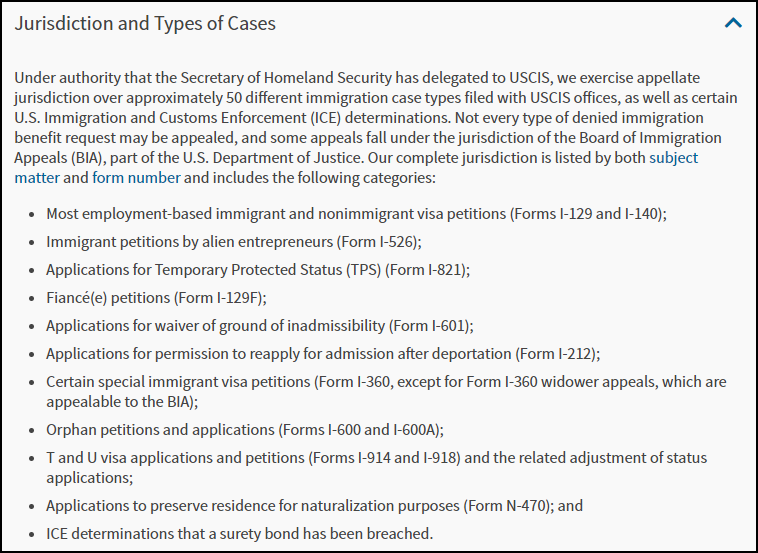 Just like on the state level, the power to enact regulations comes from a legislative grant of authority to an agency.

For each proposed or final regulation (aka rule) in the Federal Register, the agency must list the U.S.C. sections that give it the authority to enact the regulation. 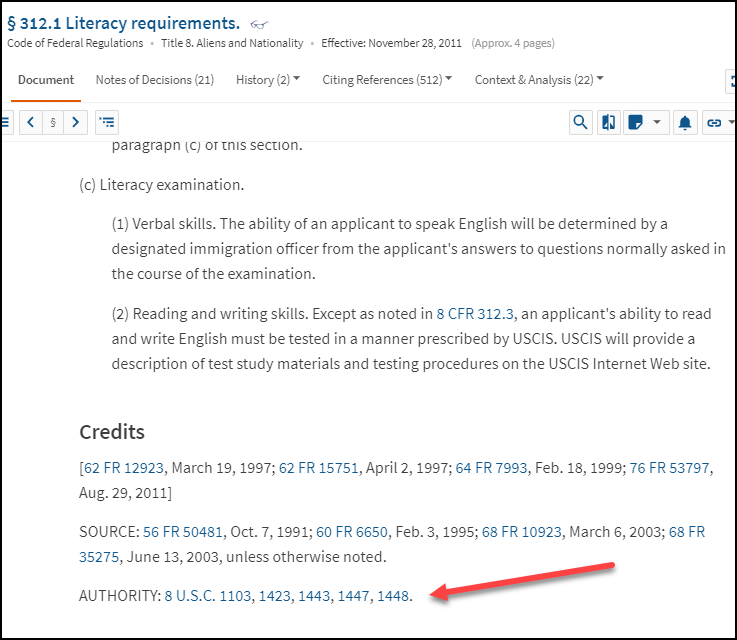 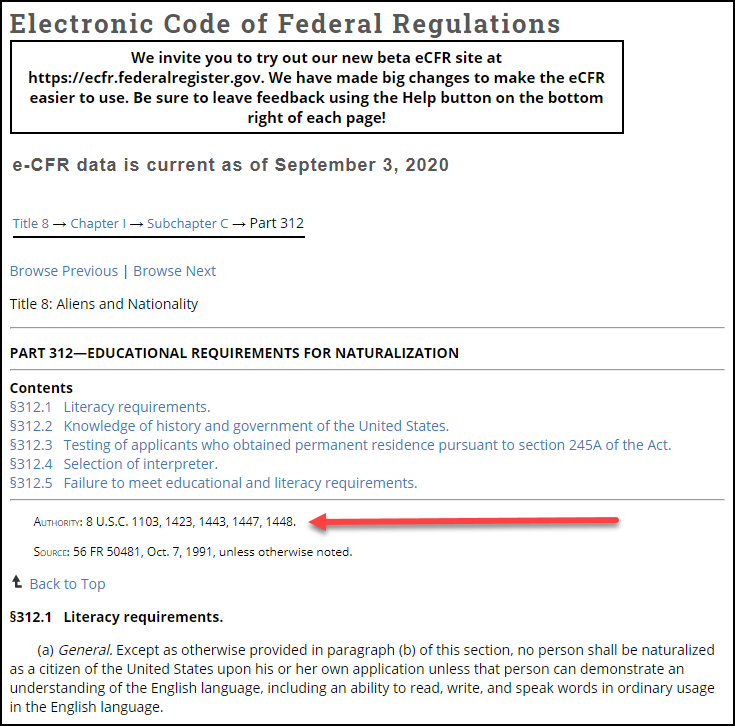