This guide is an ongoing project designed to highlight and increase access to resources surrounding Racial and Social Justice. New links and documents will be added as they become available.

Unlearn and Relearn through Literature and Film

I’ve been getting a lot of questions from my non-Black friends about how to be a better ally to Black people. I suggest unlearning and relearning through literature as just one good jumping off point, and have broken up my anti-racist reading list into sections: pic.twitter.com/gj5uko69OY

Currently maintained by the Racial and Social Justice Working Group. 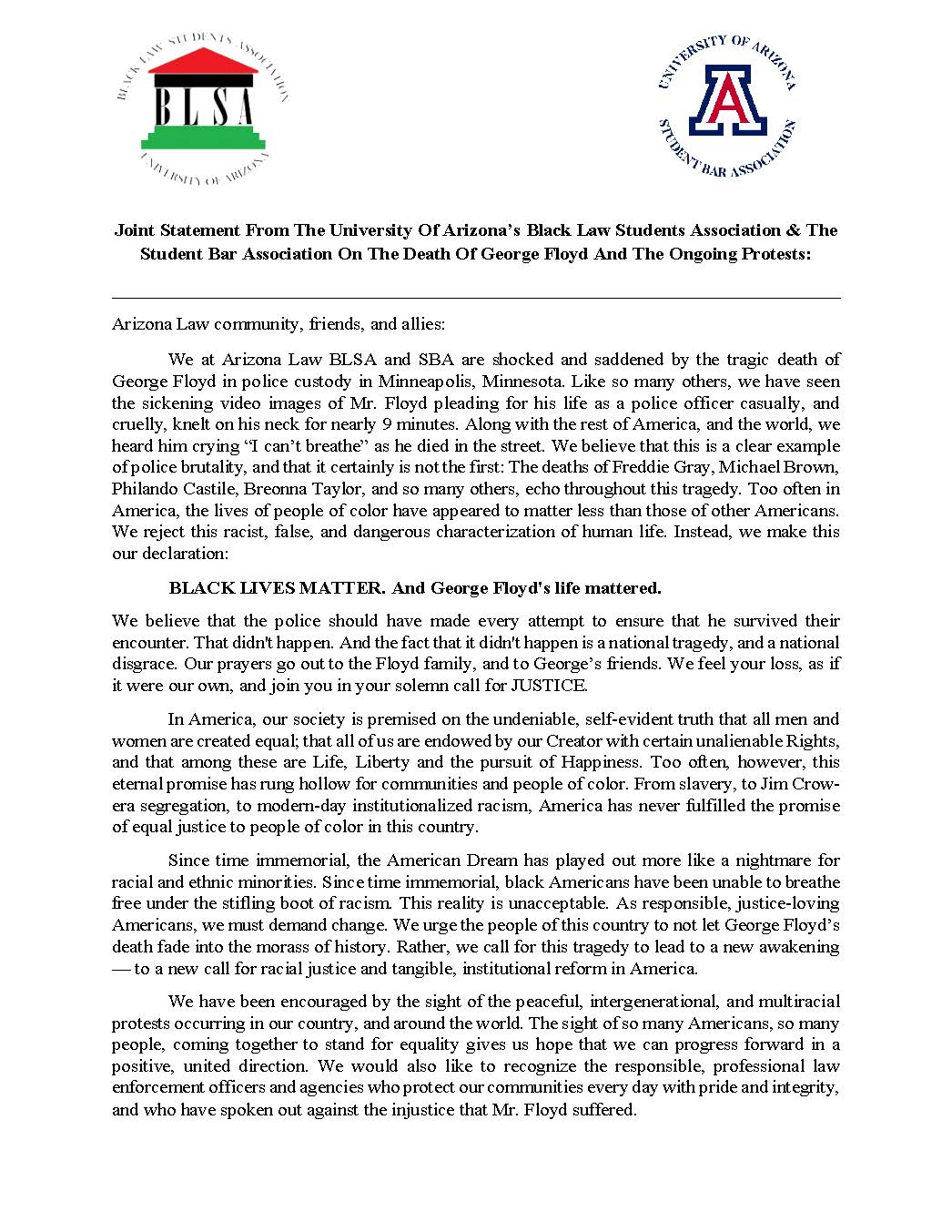 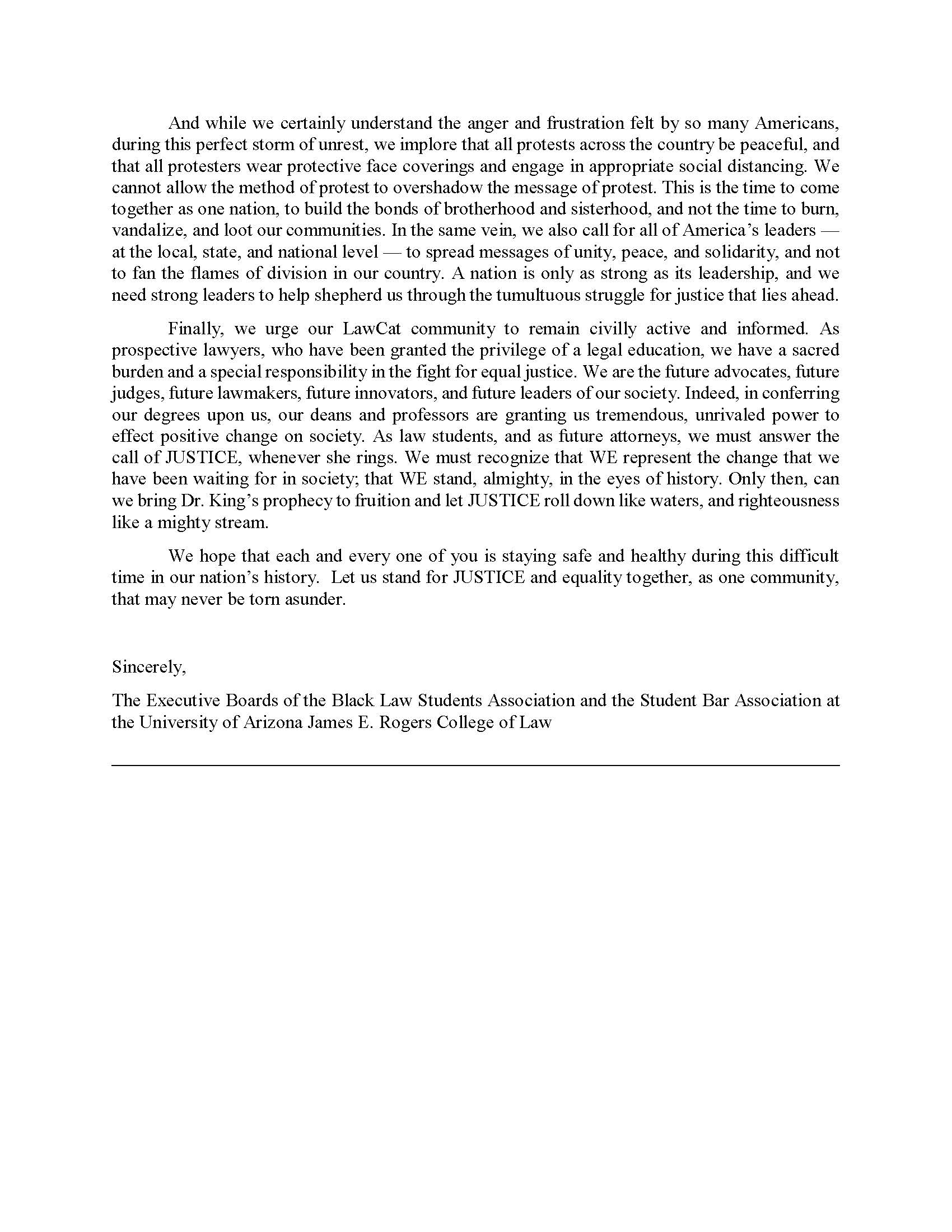 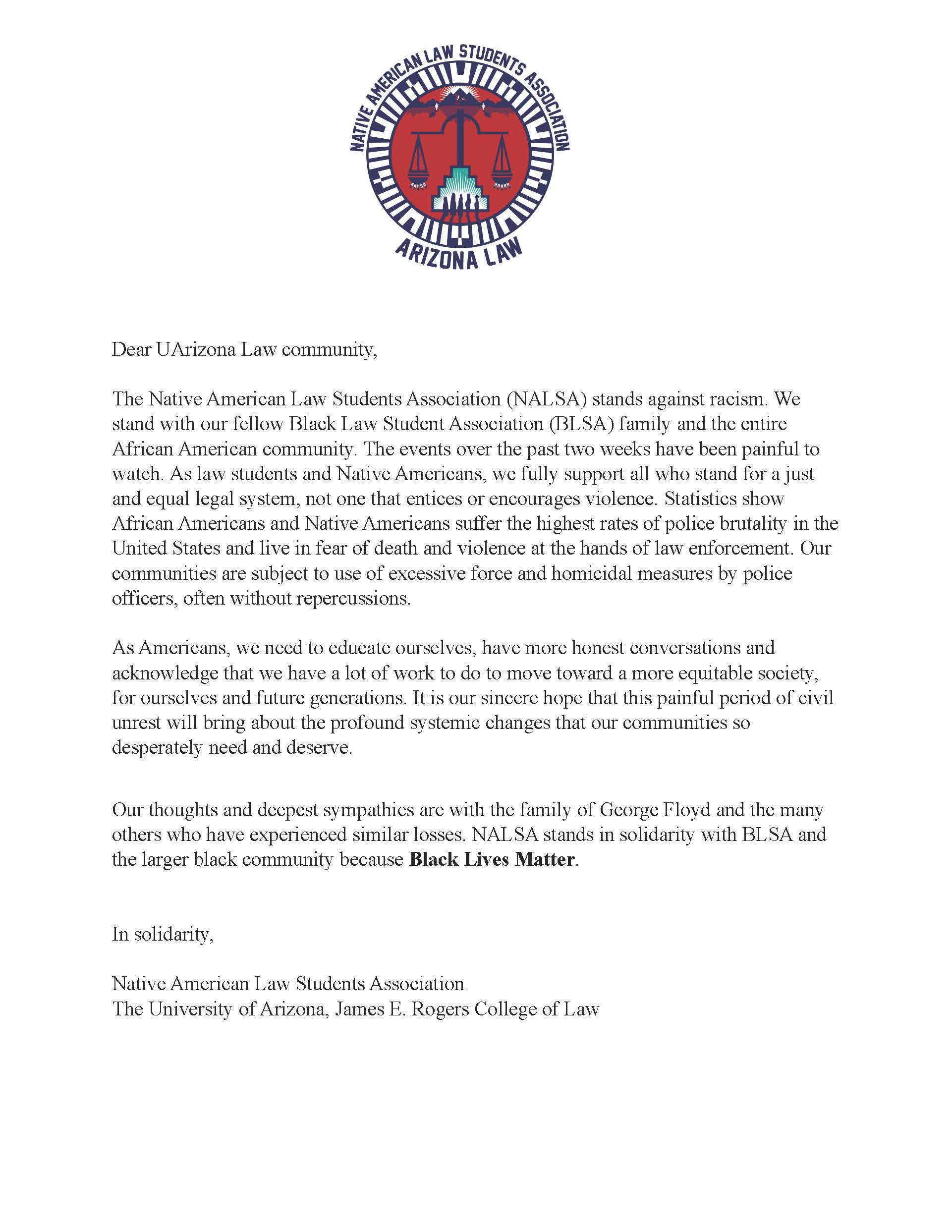 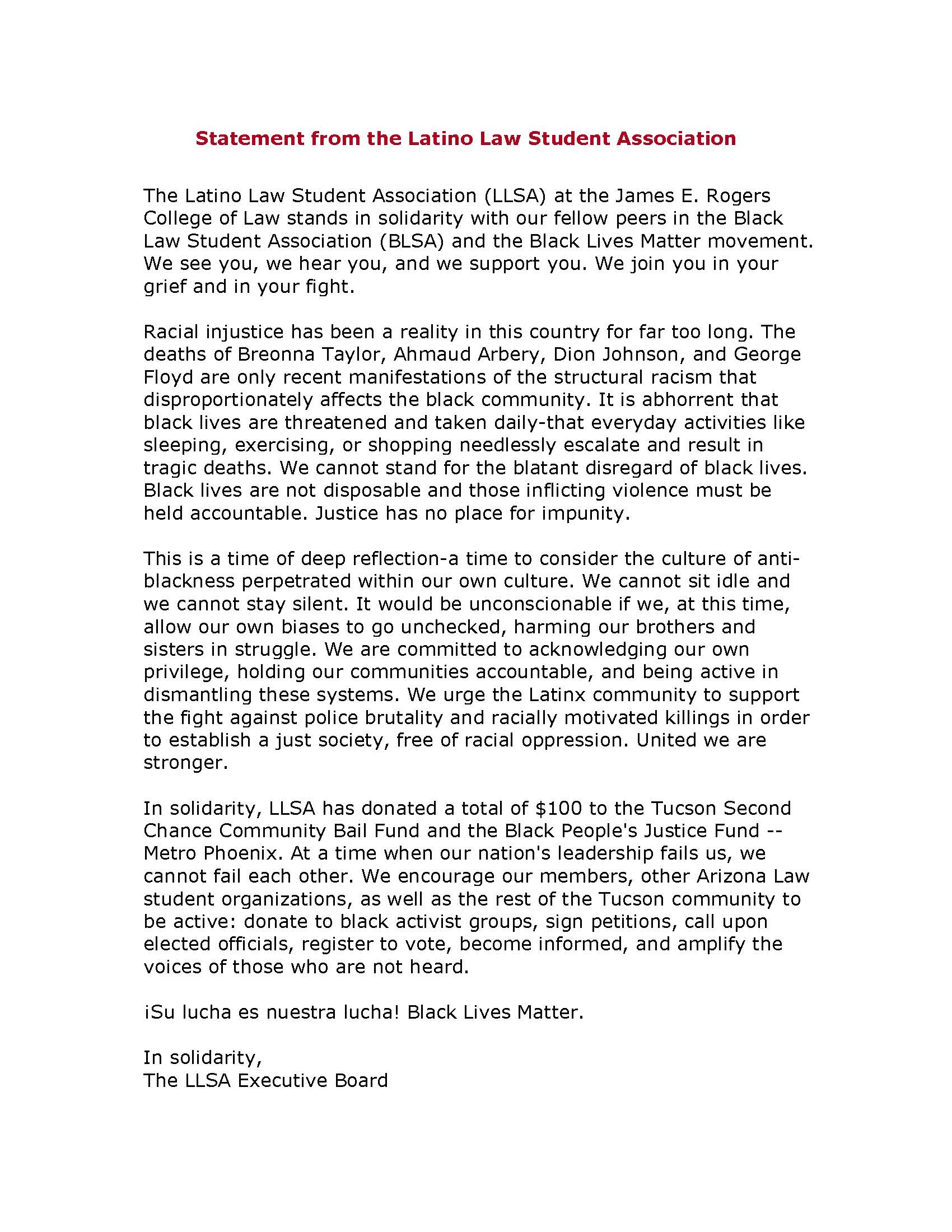 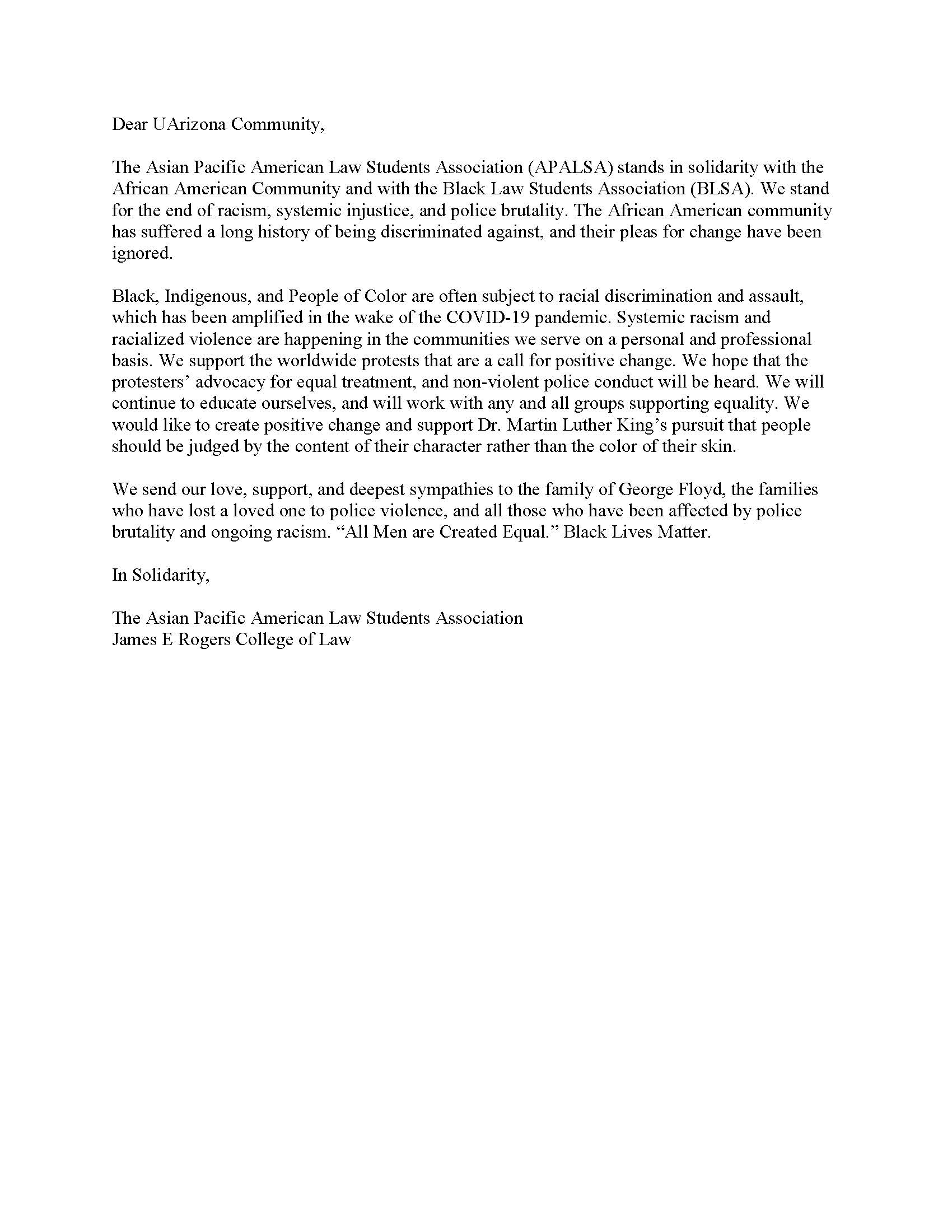 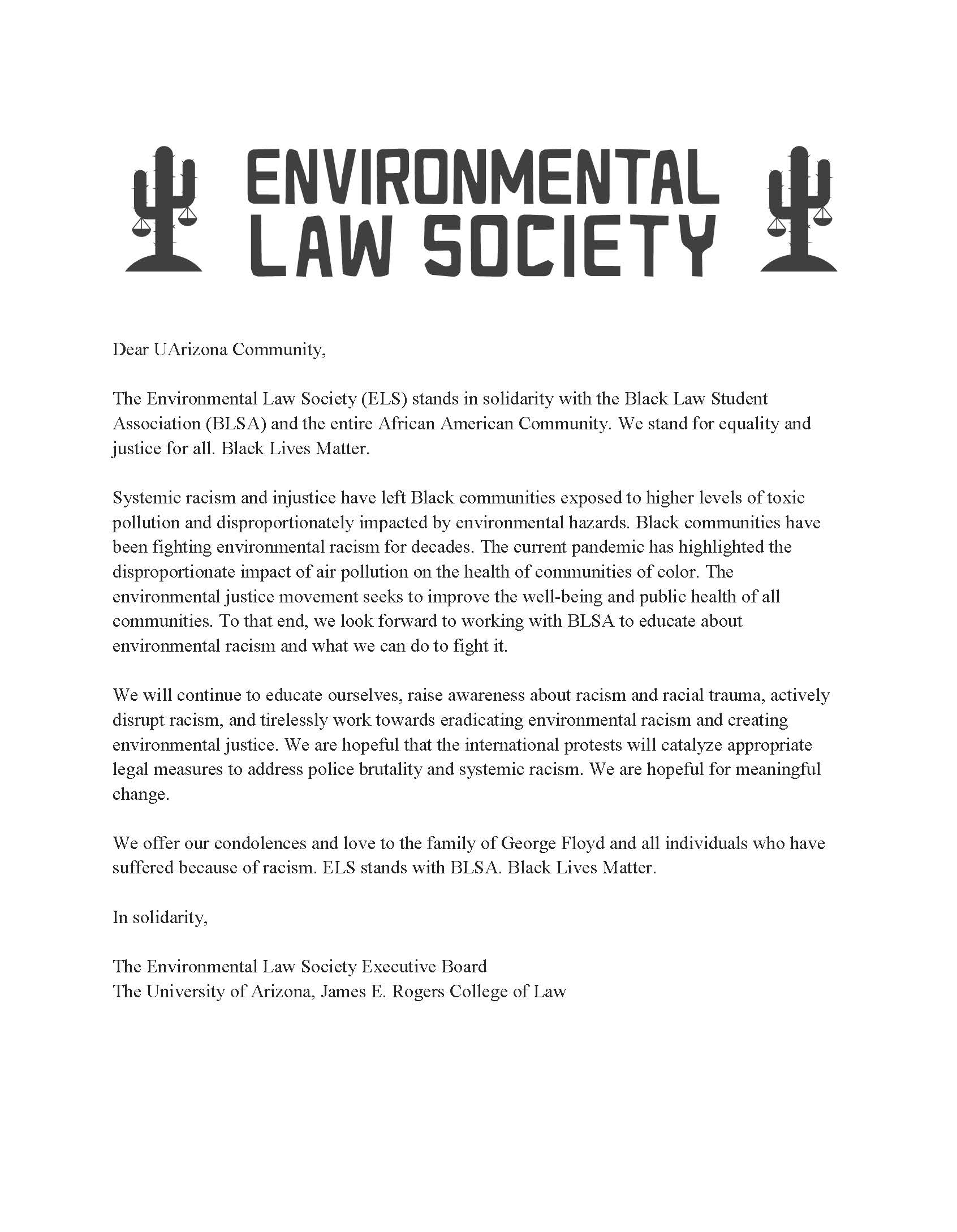 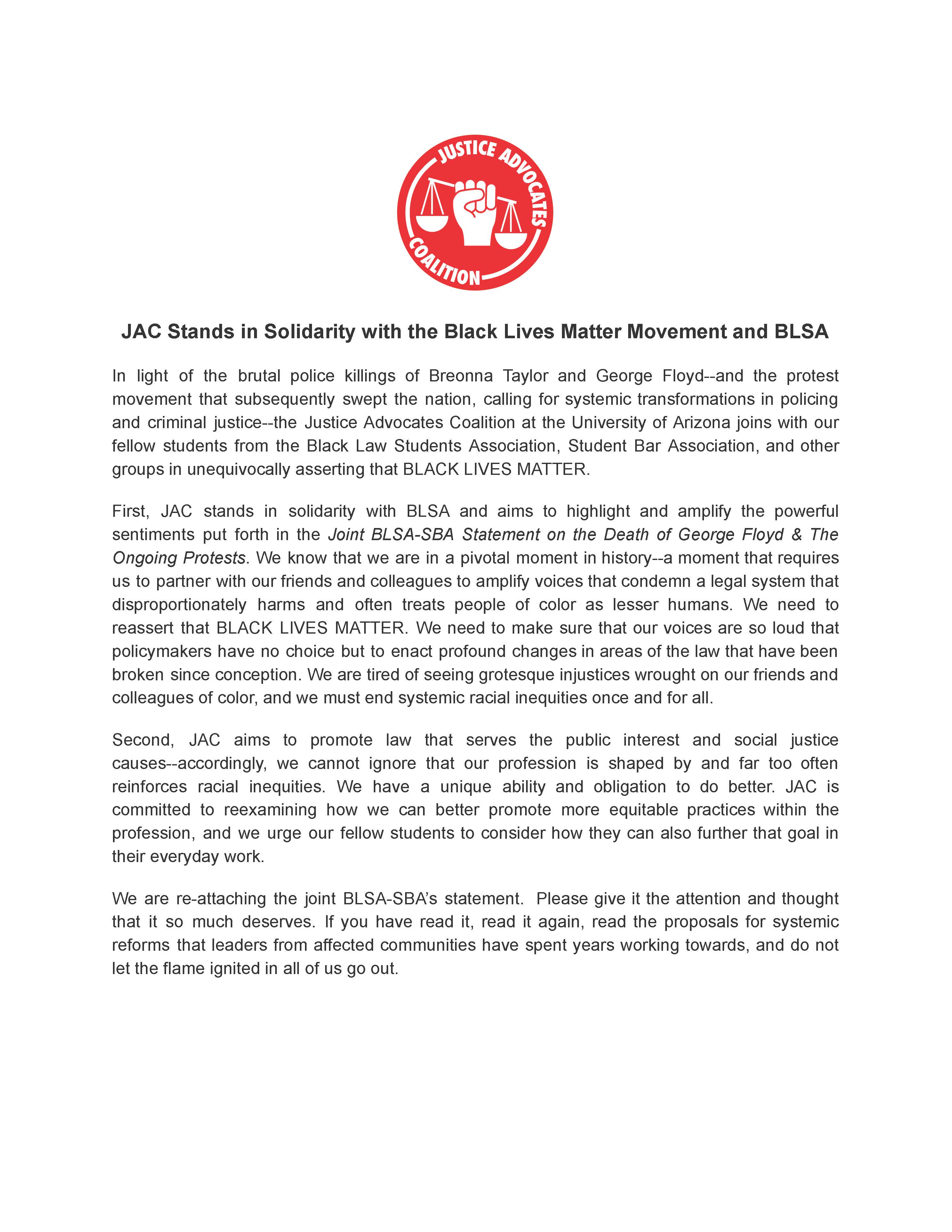 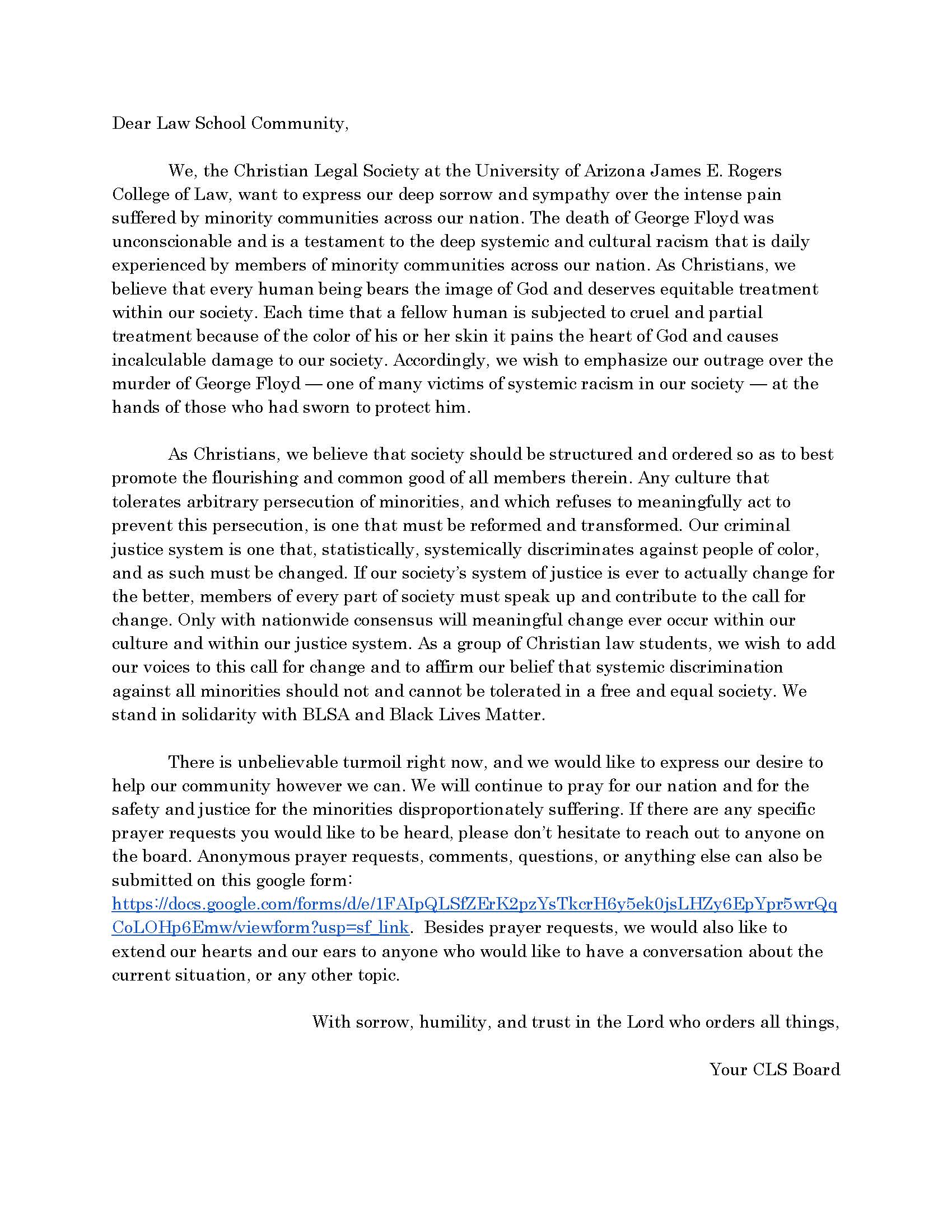 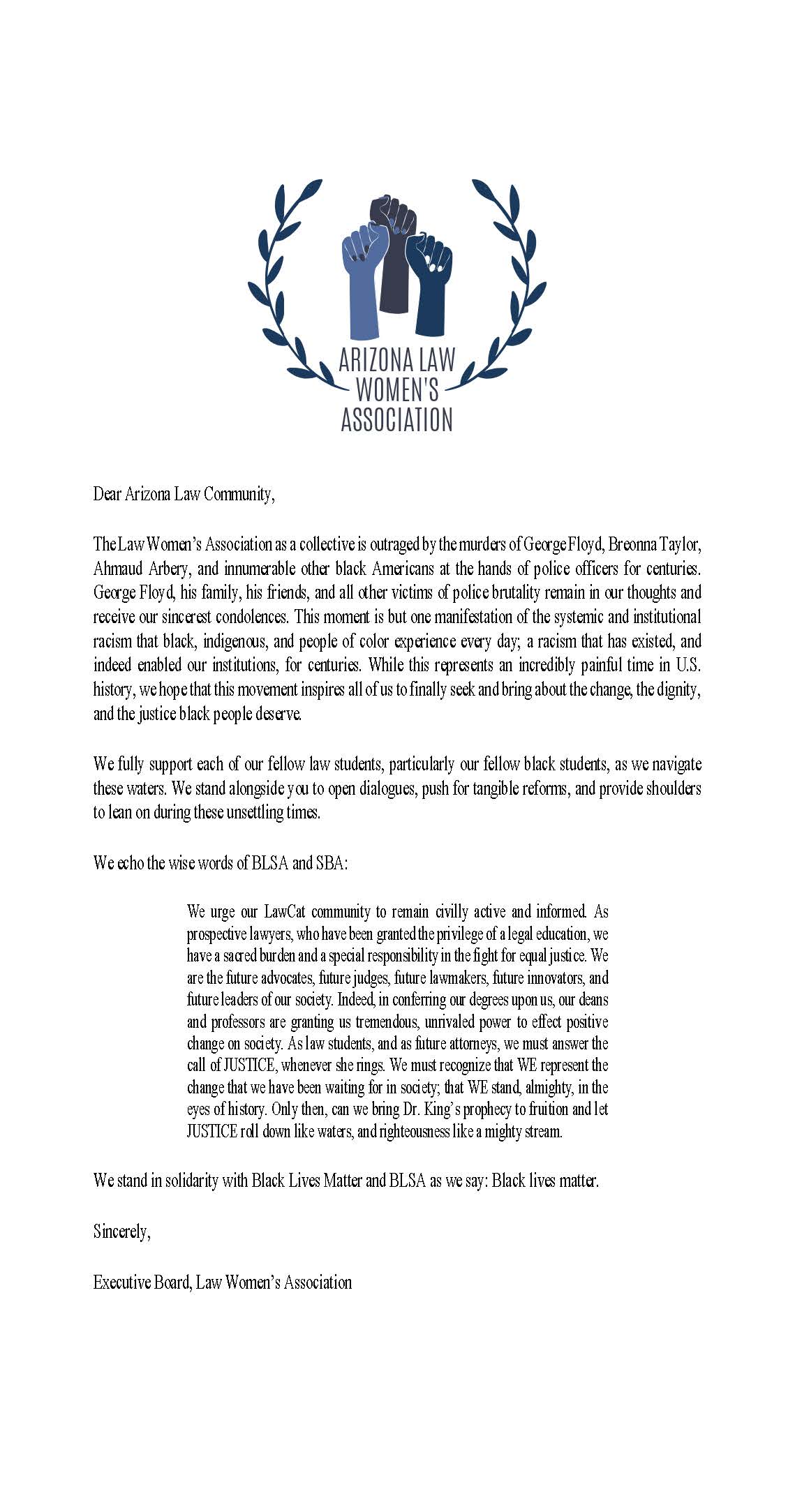 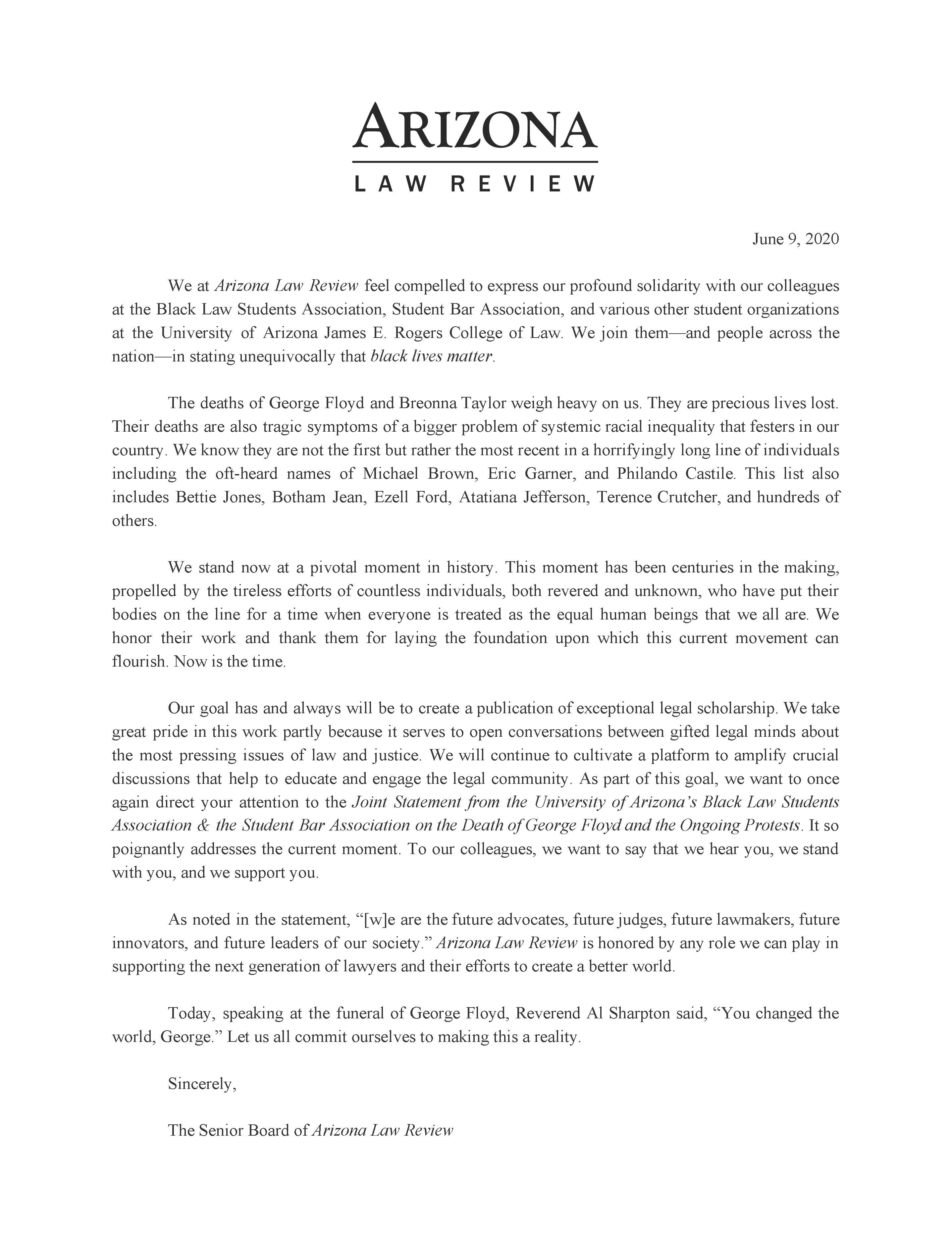 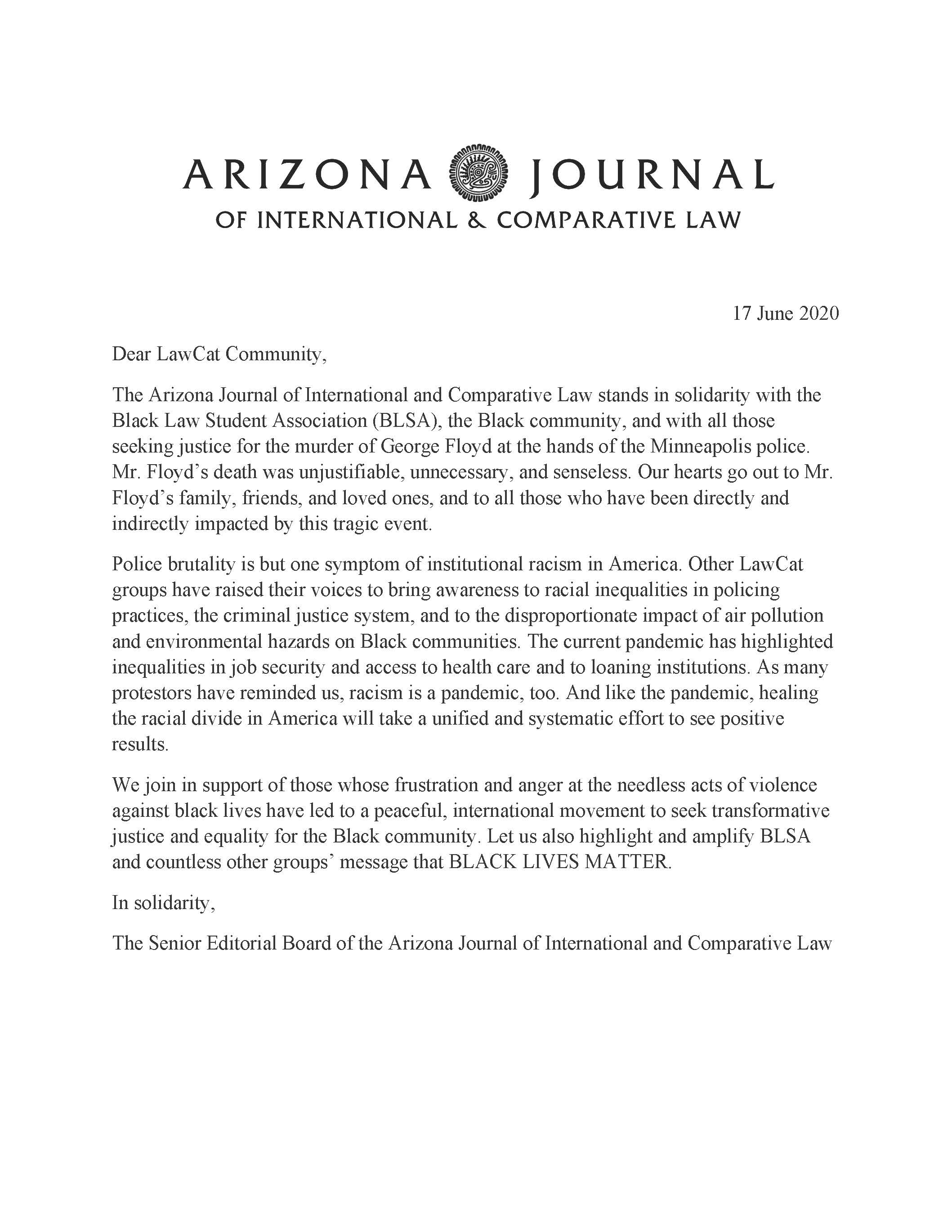 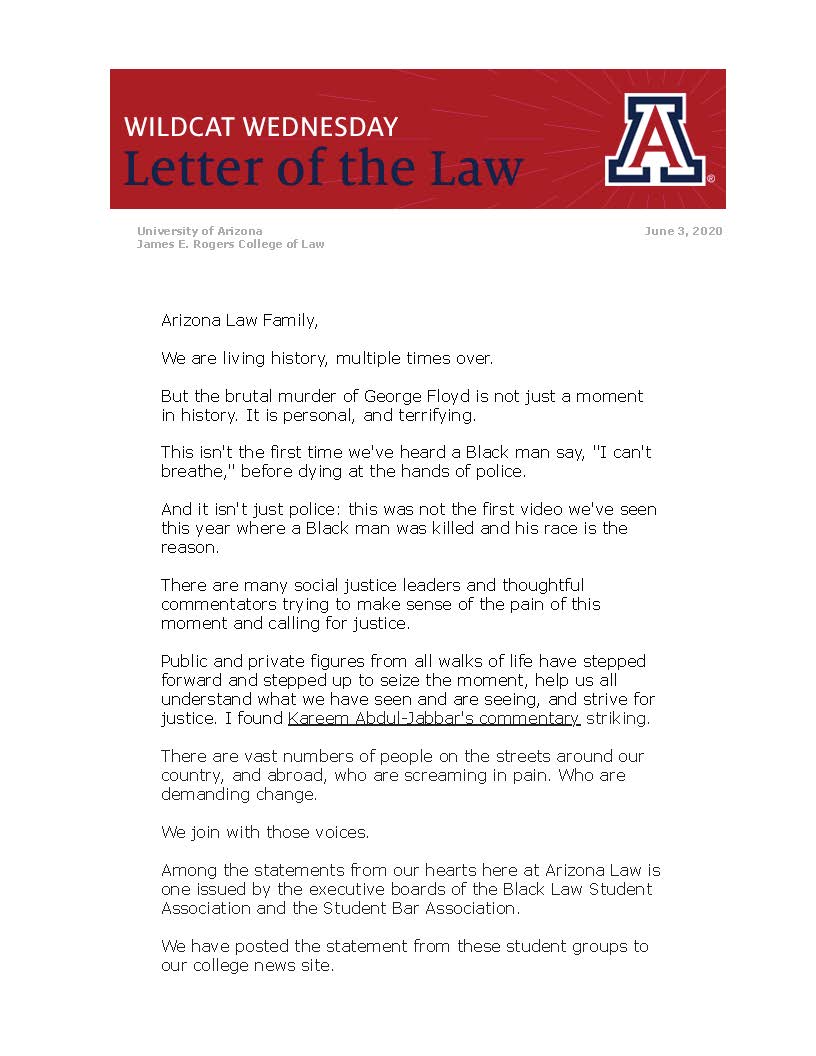 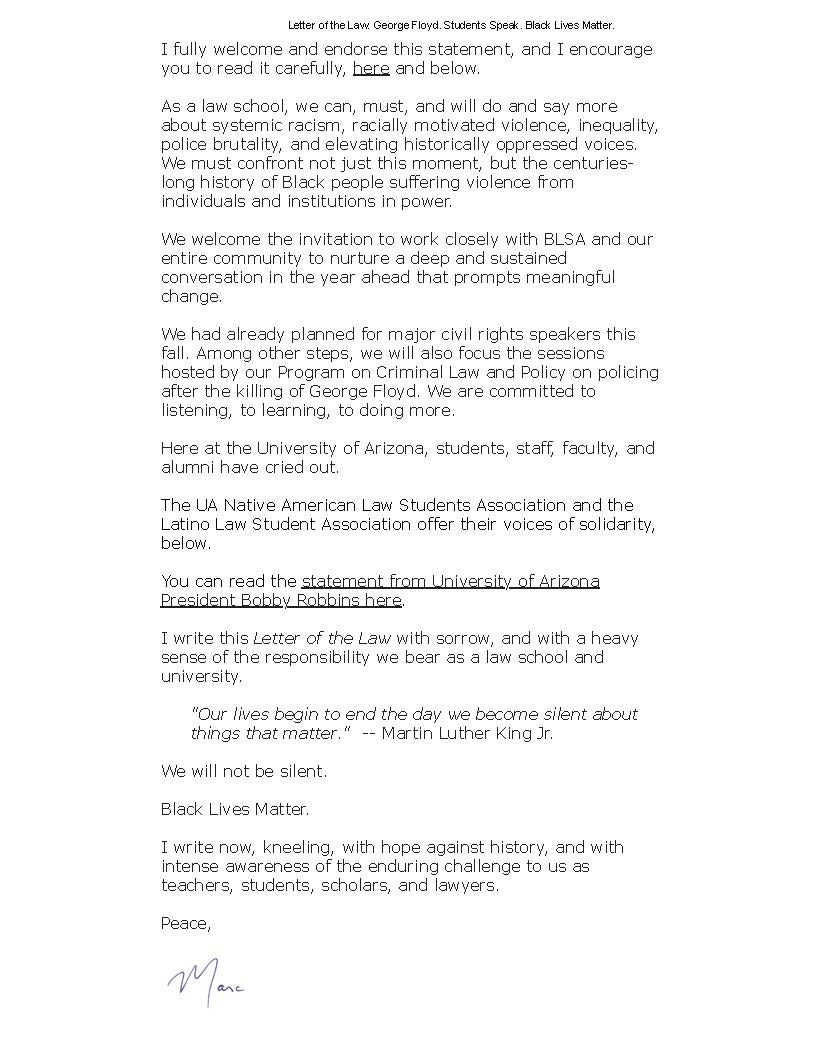 Following the tragic death of George Floyd and the outrage that has followed, the College of Law community responded. Collected here are the statements that were written and shared by COL student groups and Dean Miller.

The material collected in this section hopes to highlight College of Law faculty scholarship and opinion that explores the various issues covered in this guide. All material was collected from our Faculty Scholarship Database.

"When a black family moves into a home in a white neighborhood and is stoned, burned or routed out, they are victims of an overt act of individual racism which most people will condemn. But it is institutional racism that keeps black people locked in dilapidated slum tenements, subject to the daily prey of exploitative slumlords, merchants, loan sharks and discriminatory real estate agents. The society either pretends it does not know of this latter situation, or is in fact incapable of doing anything meaningful about it." Stokely Carmichael and Charles V. Hamilton, Black Power: The Politics of Liberation.

"Institutional racism refers to the policies and practices within and across institutions that, intentionally or not, produce outcomes that chronically favor, or put a racial group at a disadvantage. Poignant examples of institutional racism can be found in school disciplinary policies in which students of color are punished at much higher rates that their white counterparts, in the criminal justice system, and within many employment sectors in which day-to-day operations, as well as hiring and firing practices can significantly disadvantage workers of color." Aspen Hill Institute

Why is this Happening? with Nikole Hannah-Jones & Ibram Kendi
Embed from Getty Images

Brennan Center for Justice · Ta-Nehisi Coates on Race, the Law, and Politics
Embed from Getty Images 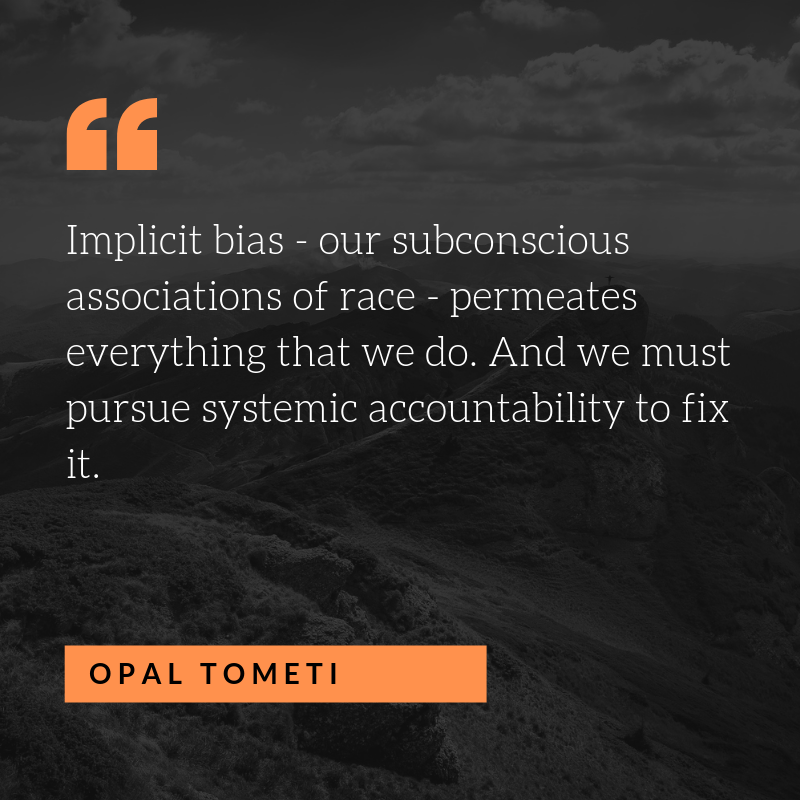 “Accountability is in essence a form of solidarity, one that acknowledges the deep conditioning of all of us into a racist construct that places white at the top while systematically devaluing People and Communities of Color. In this culture, we are taught to hoard power, win at all costs, see “other” as threat, and live in increased anxiety about losing our share of the so-called pie. As a result, we are separated not just from each other but from ourselves. Accountability becomes a way to reconnect through the power of authentic relationship across these false yet powerful divides.” – Dismantling Racism

Intercepted with Jeremy Scahill · Intercepted Podcast Extra: "At The Seams" by Kimya Dawson

Say Her Name: The Life and Death of Sandra Bland - True Crime Obsessed 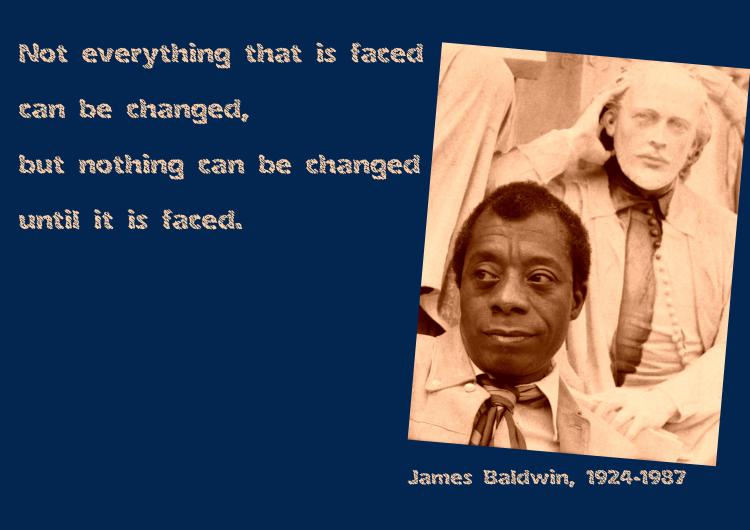 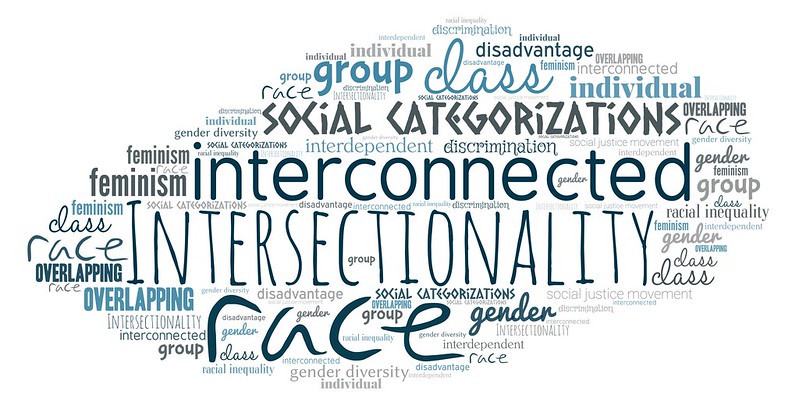 Intersectionality is a term adopted by Kimberlé Crenshaw in 1989 "to describe bias and violence against black women, but it's become more widely used." In an interview with Columbia Law School in 2017, Crenshaw defines Intersectionality as "a lens through which you can see where power comes and collides, where it interlocks and intersects. It’s not simply that there’s a race problem here, a gender problem here, and a class or LBGTQ problem there. Many times that framework erases what happens to people who are subject to all of these things."

See also the Accountability section: #SayHerName tab. See also all the other tabs in this section because of intersectionality. 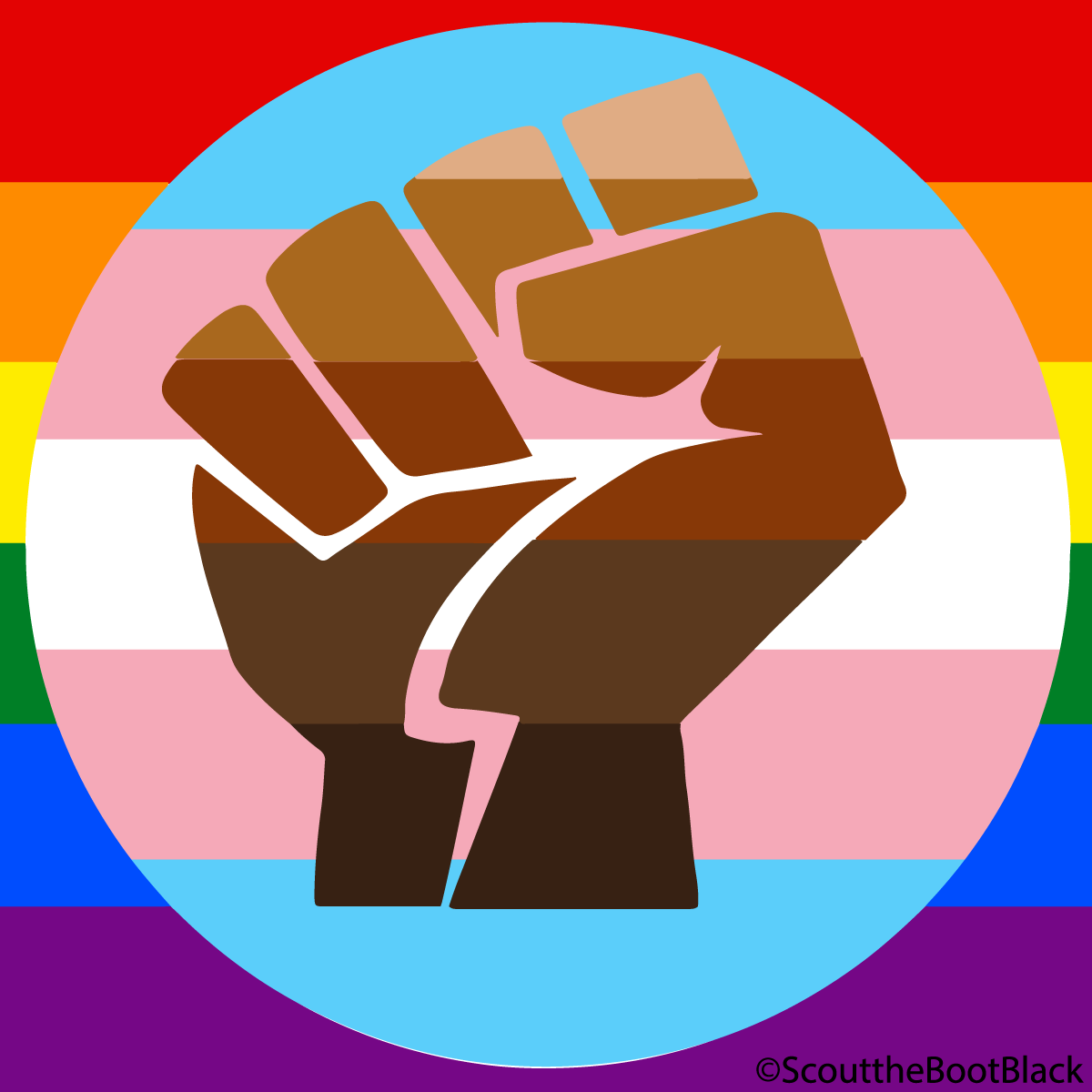 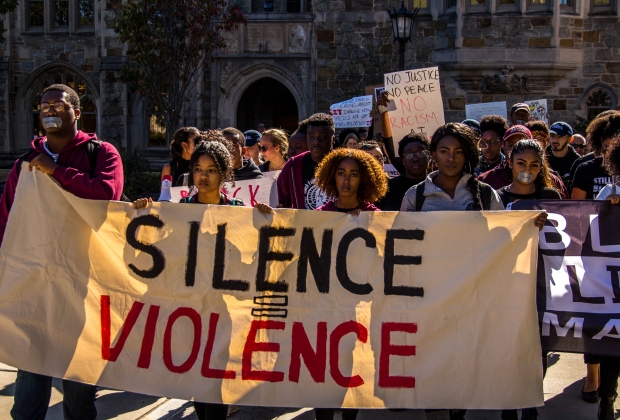 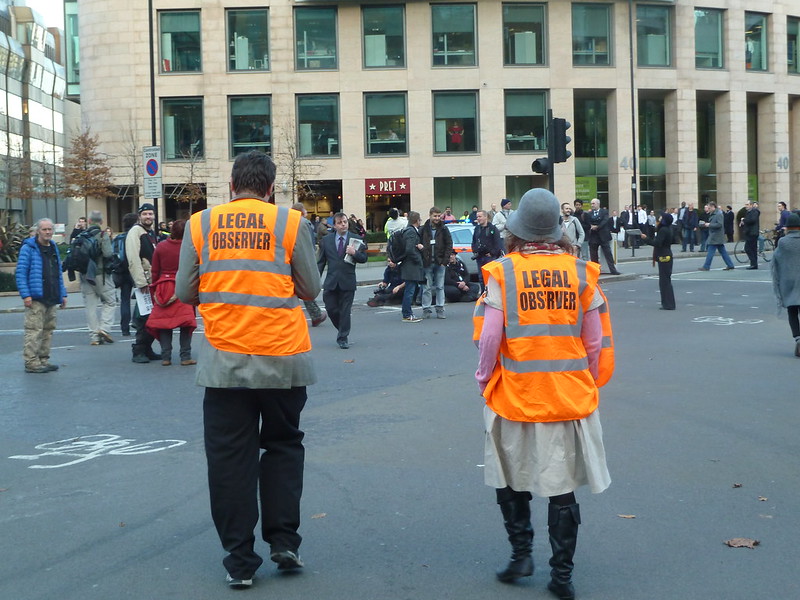 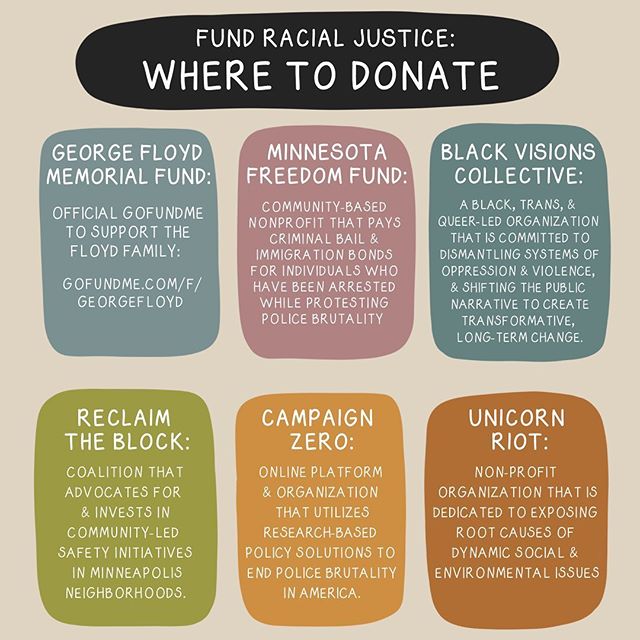