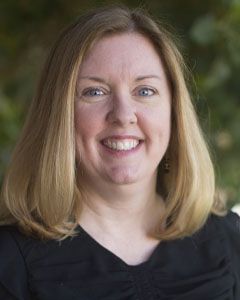 Research about the Arizona Tribune contributed by Grace O’Connor, a UA graduate student who is working with the UA Libraries on a newspaper digitization grant.

The Arizona Tribune was an African American newspaper started in Phoenix, Arizona, in 1958 by husband and wife, Edward and Eloise Banks. Calling itself a “Pictorial Weekly,” the Arizona Tribune was filled with photographs and news of community members, from local business owners and politicians, to children’s birthday parties, profiles of the Tribune’s young newspaper carriers and “Teen of the Week.”

In the first issue, publisher and editor Edward Banks introduced the new newspaper and its aim to feature African American news that “you cannot find in the daily press.” Banks stated that “our paper is dedicated to the advancement of our race.” The Arizona Tribune featured news and editorials about fair employment practices, civil rights demonstrations in Alabama, school desegregation, and voting rights.

The Arizona Tribune is a great source of information for news and history about the African American community in Phoenix. The newspaper included profiles of local political candidates, school news, birth and marriage announcements, obituaries, birthday parties, and society news. The “Phoenix Fun-Light” column promised to “feature the ways and means of having fun in the sun in Phoenix and surrounding spots,” and the “Coming and Going” column told of the travels of local residents and visitors to the city.

One summer, the “Coming and Going” column noted the effects of the heat: “The terrible August heat and whew-midity have Valleyites rushing pell mell away from our sunny land. To some returning residents, it must be a relief to find that friends and relatives have managed to stay alive with the aid of coolers, air conditioners, iced drinks and Bermuda shorts.” Anyone living in Phoenix and other hot areas of Arizona can relate to that feeling of surviving another summer! 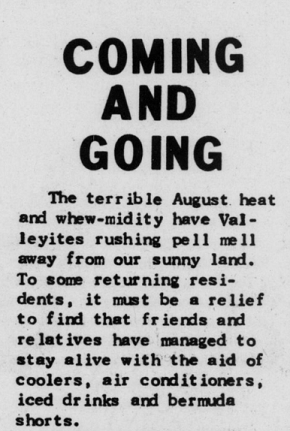 Advertisements for local businesses give a glimpse of Phoenix during the years that the newspaper was published.  One establishment, the Calderon Ballroom, posted ads in the newspaper for performers like Ray Charles and James Brown. A July 31, 1959, article in the Arizona Tribune, “Calderon Ballroom Expands,” noted that the owner, Leonard Calderon, “believe[d] that a business place should cater to any person regardless of race, creed or color.”  Teclo Garcia’s column, “Memories of ballroom swirl in dust,” in the May 14, 2004, issue of the Arizona Republic, reminisced about the Calderon Ballroom, "the city’s brightest marquee in the 1950s and 1960s”: “Although the ballroom showcased the region’s top Mexican and Latino bands, Calderon was also famous for landing some of the country’s top Black entertainers of the time,” and performers like Tina Turner and Fats Domino “played the Calderon when it was the only place in town that welcomed them.” 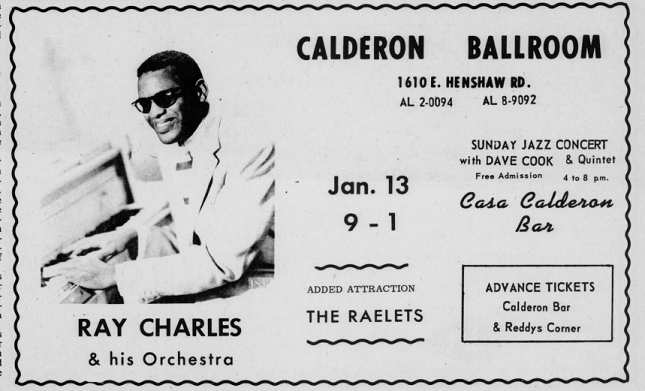 When Edward Banks died in 1969, Eloise took over as publisher of the newspaper. She was also involved in Arizona politics, and in 1972, she was the only African American delegate from Arizona to the Republic National Convention. In 1973, she was appointed associate director of the Women's Bureau of the U.S. Department of Labor and at that time, publication of the Arizona Tribune ceased after 15 years of circulation.

The 1958-1963 issues of the Arizona Tribune are being digitized as part of a National Endowment for the Humanities (NEH) grant for the National Digital Newspaper Program and are included in Chronicling America.